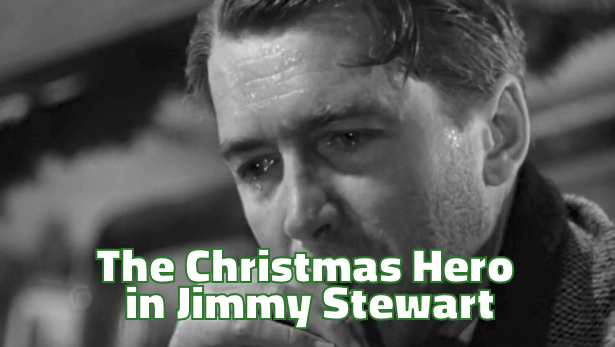 Even in his day Jimmy Stewart was uncommonly decent. This fact seemed to jump out of the screen despite the role he played. But it was in his private life — which he tried to keep very private — that Stewart shined the brightest.

No matter how famous he became, no matter what role he played, no matter the age he was in his life — Stewart was constant. He oozed authenticity and yet seemed rare in nearly all he did.

When it comes to Christmas — Jimmy Stewart was a hero. He didn’t know it, he didn’t plan it and it wasn’t part of something accidental. It just happened. It endures because in Jimmy Stewart, both on-screen and off, we see ourselves.

In this merry episode we take a look at Jimmy Stewart’s two Christmas movies and how they were shaped by the man inside.

We explore where he was in his life as these films were made and how the influence of his life made the Christmas in those movies so lasting.

A hundred years from now will It’s a Wonderful Life still be considered a classic?

And that’s what made Jimmy Stewart so great: simple goodness.

2 thoughts on “The Christmas Hero in Jimmy Stewart”