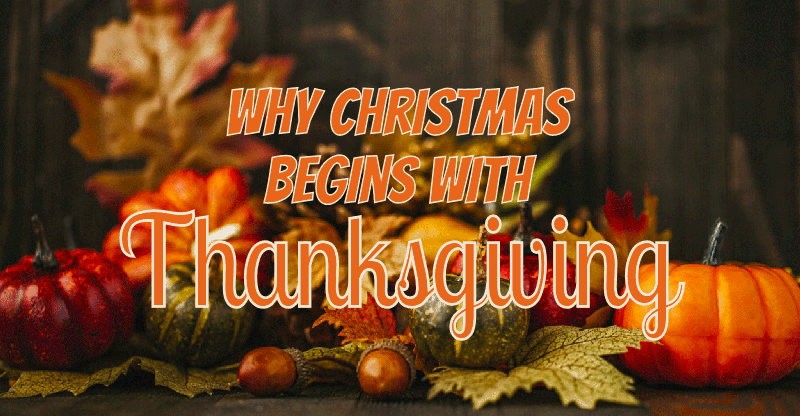 Merry Little Podcast of MyMerryChristmas.com
Why Christmas Begins with Thanksgiving

Those making those complaints really don’t know much about the history of either Thanksgiving or Christmas. You see, they just go together — and they have since this beginning.

In this episode we explore the wildly popular and insanely celebrated Thanksgiving traditions of old America — from when the Pilgrims hit the shores at Plymouth Rock until Thanksgiving really did, finally, become a holiday in 1870. It was more than a tradition — it was a way of life.

This special episode shares Thanksgiving through the eyes of the 17th, 18th and 19th century media. It explains how it worked then, why certain foods were so cherished and why the day of Thanksgiving itself was actually Christmas to New Englanders.

This is the history of Thanksgiving the historians won’t tell you. It is unfiltered. It has no agenda behind it. It carries nothing but love for the tradition of the day as it was held in such high regard by our ancestors.

We also see how Thanksgiving, while started in New England, was also extremely popular in the other areas of what would become the United States. Long before there was a United States, in fact, Thanksgiving was celebrated from sea to shining sea.

Don’t miss this merry episode and the materials that go with it — such as this great 19th century story that showcases Thanksgiving and love.

You could walk away from this podcast with an entirely new view of Thanksgiving altogether.